I'm excited to announce my next book will be published by Hanover Square Press! It's an Untitled legal thriller set in the American Revolution. Read more about the announcement here.

Originally printed in Management Magazine: UCLA Graduate School of Management Magazine Vol. 1 No. 3 Spring 1982 By Charles Rosenberg I can see the scene vividly in my mind's eye: Galactic Robotics has just been sued by its major supplier, Robot Arms and Legs, Inc. Arms and Legs is claiming that Galactic owes $1 million for breach of contract. The Galactic Executive Committee has just met and agreed, unanimously and emphatically, that it owes Arms and Legs not one red cent. In

Does "representing" a client extract too high an emotional price from attorneys? One lawyer looks closely at the psychological consequences of settling other people's disputes. This essay began for me some time ago, during a negotiation in which I found myself being, for lack of a better euphemism, rather harsh toward the opposition. I had consciously adopted the tactic because I sensed that those on the other side of the table were both inexperienced and in a bad bargaining 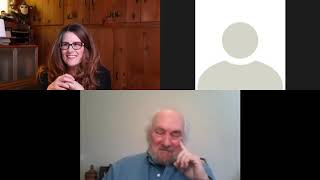